Congratulations to Beyond Belief Network’s April’s Team of the Month: Humanist Alliance Philippines, International! This Level 2 team is BBN’s only international team. They were chosen for this honor because of their strong commitment to their community illustrated by their youth literacy and nutrition programs. HAPI was previously honored as May 2015’s Picture of the… Congratulations to Beyond Belief Network’s August Team of the Month: Humanist Alliance Philippines, International! This Level 3 team is Beyond Belief Network’s only international team. HAPI was chosen for this honor because of their regular service event schedule, strong spirit of volunteerism and commitment towards improving their community. HAPI was previously chosen as our May… Founded on December 25, 2013 and launched on the first day of 2014, Humanist Alliance Philippines, International (HAPI) is a not-for-profit community of progressive secular humanists from all over the world, united with common goals for the greater good of humanity. We work on an international basis but with a primary focus in the Philippines…

A super typhoon that the US Navy's Joint Typhoon Warning Center has called the most powerful storm to make landfall anywhere on Earth in recorded history devastated the Philippines on November 8 (local). Over 10 million people were in the path of the storm, which is 300 miles across with a wind speeds up to 235mph and…

In the wake of Typhoon Haiyan, Foundation Beyond Belief’s Humanist Crisis Response program is collecting donations in support of CITIZENS’ DISASTER RESPONSE CENTER, a community-based relief organization in the Philippines that is working to provide food, water, medicine, shelter kits, sleeping kits, and hygiene kits. As of Wednesday morning, the FBB community has raised more than $40,000 for CDRC’s relief efforts. 100 percent of all donations will be forwarded to CDRC throughout the course of the drive. Click here to contribute. 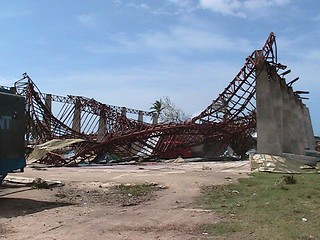 The news from the Philippines continues to be grim:

Please consider making a donation to support CDRC’s efforts in the Philippines.

In December, Typhoon Bopha, a category 5 super typhoon, struck Palau and the Philippine island of Mindanao, causing hundreds of deaths and leaving thousands homeless. Now, more than a month after the storm hit, communities are still struggling to recover from the devastation.

According to the International Committee of the Red Cross:

In a matter of hours, some communities in Eastern Mindanao were literally blown away by Typhoon Bopha (locally known as Pablo). . . . More than 90 percent of the area is a scene of utter destruction in four of the worst-hit municipalities; many people have seen their entire livelihood wiped out in one fell swoop. In response, the ICRC is stepping up its operations by dispatching more food and other essential supplies.

Please consider sending a donation to ICRC to help these communities recover and rebuild. We just finished our final report on Secular Week of Action, which happened earlier this month. We surveyed as many teams as possible to ascertain their collective impact. While not everyone responded (and there have been events not formally registered on the SWoA site), here’s what we can tell you: Volunteer teams registered 59 events… We just finished rounding up reports from our volunteer teams for the month of April! Humanists and other compassionate people in our network held 31 events — 711 volunteer hours total!   Recognitions First off: welcome back Atheists of Florida! This Tampa Bay area team jumped back into the game during Secular Week of Action… We just finished rounding what teams in the Beyond Belief Network (BBN) did to “spring” into humanist action in March! First off: a big warm welcome to new team Southeastern Virginia Atheists, Skeptics, & Humanists (SEVASH)! SEVASH describes themselves as “an informal social group that promotes fellowship and networking through social and community building activities.” We’re… Between the holidays and FBB’s Annual Appeal, we’ve had a lot on our hands the last couple months. So have volunteers in the Beyond Belief Network! We just finished compiling November’s volunteer reports. Please join us celebrating what teams did for their communities during the kickoff of holiday season!